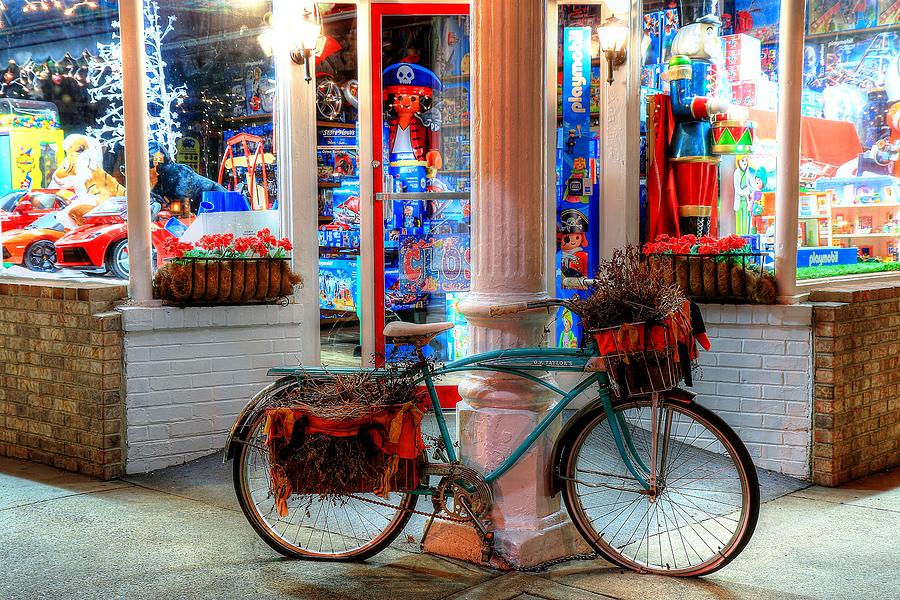 O.P. Taylor's toy store is located on the corner of East Main and South Broad Street. Opening it's doors in 1987 to 6000 square feet space with mazes of toys in all shapes, color, and sound await you. A vintage bike sits right outside the door bring in customers, and giving character to this corner!

Come on in to one of the coolest toy stores, and meet the owner John Taylor! Small store with a big heart!

"O.P. Taylor's in downtown Brevard likes to call itself "The coolest toy store on the planet!" That claim has been given some extra credence after USA Today recently named it one of the 10 best stores in the world. The other stores include FAO Schwarz on Fifth Avenue in New York, the LEGO Store at Downtown Disney in Anaheim, Calif. and the Charles Ro Supply Company in Boston."
http://www.10best.com/interests/trip-pics/10best-toy-stores/

Congratulations, your work is featured on the homepage of "Created by Southern Artists"

Thank you David Neace for a feature in your group "Created by Southern Artists",

How very lovely, sure makes me miss down home a whole lot... L/F/P