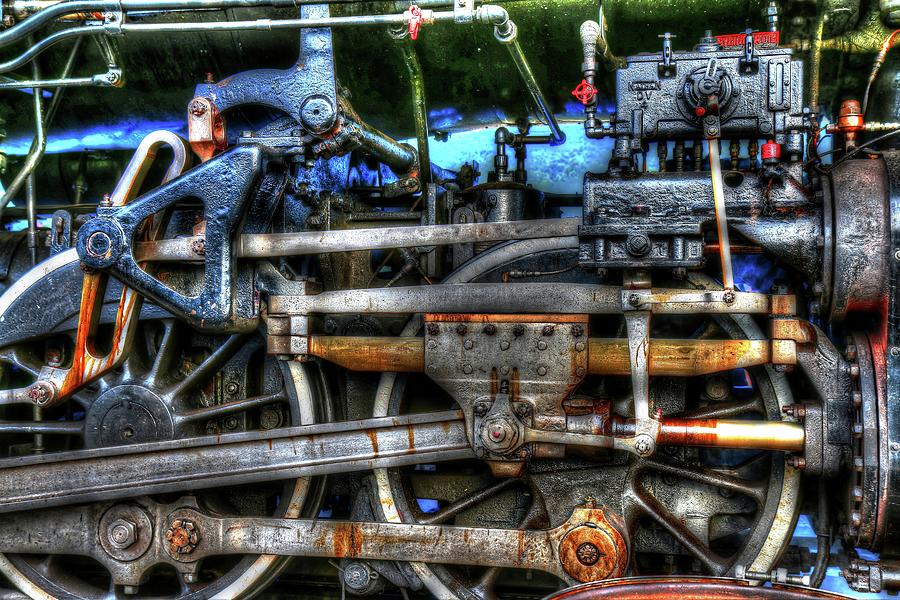 When I saw all the oil running down the engine of consolidation steam locomotive #1702 of the Great Smoky Mountains Railroad. The train runs out of Bryson City North Carolina.
The locomotive was built by Baldwin Locomotive Works in 1942 for the U.S. Army during World War II, and acquired by GSMR around 1994. At the end of the 2004 season #1702 was taken out of service. It was hoped that the engine would be restored and returned to service, although no definite plans were set. In October 2013 a historic agreement between GSMR and Swain County (NC) to begin restoration. In March 2016 #1702 was returned to service in the summer, as well as the new turn-table for the locomotive was completed.

Thank you, John M Bailey, for a feature in the group Images That Excite You!

Fantastic...Love the textures and all the details. Rail fans will love this!

Another marvelous one, Carol!