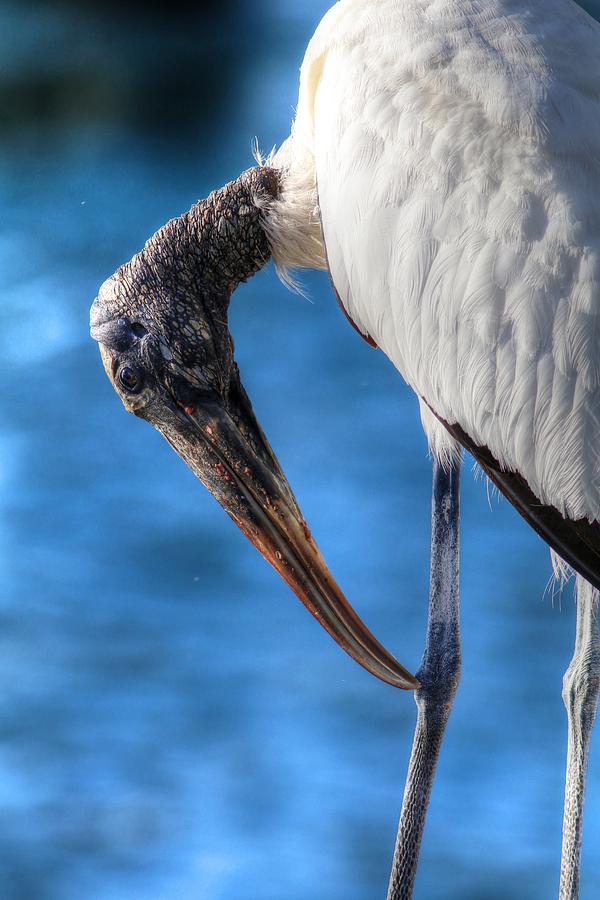 The Wood Stork is a large American wading bird.

The legend of the Wood Stork dates back centuries. Parents would tell their young children how babies are made. That the wood stork would fly over the home and drop their bundle of joy on the doorstep for them to unwrap.

As all legends, these stories date back and storks have been associated with babies and family for hundreds of years. The Greeks associated the stork with stealing babies after Hera turned her rival into a stork. "In Egyptian mythology, the soul of a person was usually represented by a stork. The return of a stork meant the return of the soul, at which point the person could become animated again. In Norse mythology, the stork represented family values and commitment to one another."

Congratulations on your wonderful portrait of this magnificent bird

Fantastic capture, I love your description, the legend of the stork! So cool :) L/F